Video: Jones carefully taking food out of my hand 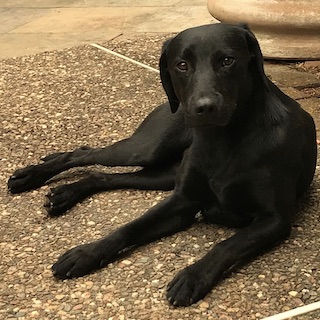 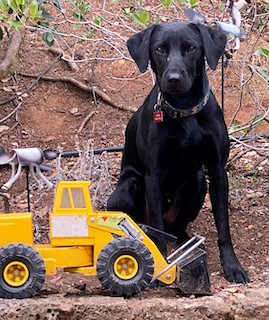 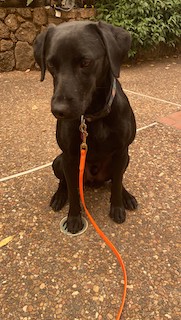 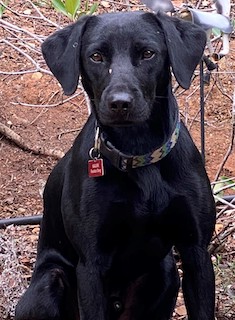 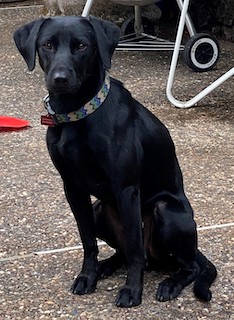 Background: Talk about a “rescue”! This guy was found by Yolo County Animal Services in the expanse of farm fields between Davis and West Sacramento. He was covered with fleas and ticks. Have no idea how they managed to catch him. He was scared out of his gourd at the county shelter, and we were delighted to obtain his release after he was neutered and vaccinated.

What Jones’ Foster says: What a remarkable dog! And truly a gentle soul. We’ve had him for a few weeks now and he is getting comfortable with me and our 5-year-old yellow Lab “Boone” around. He spends much of the day roaming and resting in the semi-wooded fenced courtyard adjacent to our house. Whenever people are around, though, you’ll find him hiding in the bushes observing everything around him. Despite his instinctual wariness of humans, he is showing signs of wanting to be around us, greeting us in the morning with a wagging tail, even if he is standing 15- 20 feet away. He is eating well and is most affiliative when it is food time – I have been feeding him just inside the door to our house. Jones is pretty quick to come up to me when food is involved. And he takes food very gently, and non-competitively, which was surprising given his obvious bouts with hunger (he was painfully thin on arrival). We’ve been confining him to a multi-x-pen area in our courtyard, but he will jump over the x-pen to explore the yard (and take care of his business). He escaped from yard several times and, each time, appears at our front gate wanting to come back in. We found and plugged up his escape route – so no more escapes. Jones recently indicated some concern that I was taking our dog Boone out for a walk and leaving him behind, so I allowed Jones to follow us (off leash) which he did… around the block and back into the courtyard – yay! After about a week we were able to get a collar on him, but he is reluctant to allow anyone close enough to leash him up. Jones has been sleeping in a crate (with the door open) in our courtyard, which he started to use after watching our dog Boone taking naps in there. He has benefitted from following Boone’s example in many ways, and is most comfortable when Boone is around.

What Jones’ Rescue Rep says: Jones will need a very special adopter to continue his rehabilitation and affiliation with humans. We have no idea if he was ever abused by humans or just terribly under-socialized. He has such a pleasant demeanor and wants so very much to come close and be with you… but just cannot muster up that courage or comfort yet. His adopter will need to have a backyard – a very secure backyard – as they should expect Jones to be most comfortable outside, including sleeping outside, for a while. His adopter will have to be incredibly patient with him… and work up to hand-feeding him, touching him, just being in his presence. The presence of another calm/confident dog in his forever home will be hugely important. Probably not good for a home with small children that may frighten him and hinder his rehab. Not for city living; a suburban or rural home would be best. We have no idea what he is mixed with, but we believe he will be no more than 45 pounds when his ribs aren’t showing anymore. This is one special dog that deserves a special adopter that will do everything in their power to provide him the space and time to develop and thrive.

Jones is currently located in: Novato.