Video: Norman and the squeaky chicken

Video: Norman and the tennis ball 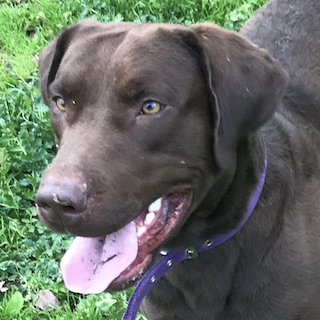 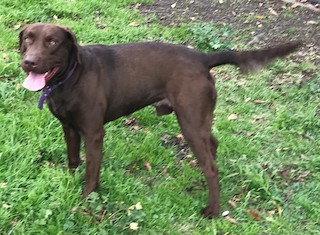 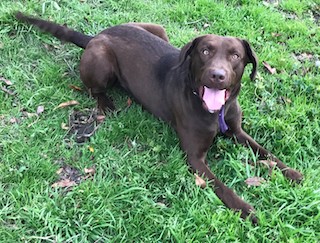 Background: This guy came to us from Marin Humane in Novato. The staff there reports that he was doing okay at their facility but that he is quite a strong dog and may have some dog reactivity, perhaps just silly-untrained-eagerness-to-pull-to-meet another dog. He was originally found as a stray in Oakland and spent a few weeks at the Oakland Animal Services. He was neutered at the Oakland shelter prior to transfer to Marin Humane.

What Norman’s foster says: Norman is a fantastic dog. He’s smart, high energy and obsessed with his humans. He’s got the perfect temperament to someday learn complex tasks. He is super affectionate. He loves to be the little spoon if you lay on the floor with him and he’ll stare into your eyes while you rub his ears. Unfortunately, he is severely under-socialized, so lots of common things throw him off right now -- especially strangers and other dogs. Norman will need to be excluded from encountering other dogs completely until he can be carefully socialized. I expect this will take a lot of time and effort. We haven’t seen any aggression in him, but he barks to let everyone know that he won’t stand for any funny business. It’s typical for him to lunge and bark at strangers, but then seconds later enjoy being pat on the head by them. We haven’t challenged him on separation, but he does whine within seconds of us leaving the room when he’s on tie down. Indoors or out, Norman is 100% energy. He loves fetch, tug, and destroying soft toys. However, he is fetch-obsessed. It’s difficult to get his attention away from his favorite toys. Norman talks a lot. We will continue to work on shaping this behavior in response to common triggers like our neighbors opening and closing doors, but expect that in his next new environment, if you aren’t going to bark at the strange noises, he’ll do it for you. Norman is very responsive to training, but he will need careful control of his environment for the foreseeable future. In our busy neighborhood, it takes 2 of us to walk him, one to steer and the other to scout ahead for any of his triggers. That said, even in the few days we’ve cared for him, I can tell the effort will be 100% worth it for his forever family. He learns quickly and he’s an absolute joy to work with.

What Norman’s Rescue Rep says: Norman (named that by Oakland Animal Services) is a handsome pure Lab… I would guess 1-2 years old. He has a wonderful initial drive to chase and fetch the tennis ball (and squeaky toy) but he soon lost interest. He let me touch and handle and squeeze him all over. No food-guarding or food-aggression. Marginally interested in treats; relatively soft mouth -- I was pleasantly surprised. No resource guarding of the ball or squeaky toy either. Norman is quite a handful on leash; zero leash manners. He is over-eager to meet other dogs; major pulling on leash to get to the other dog. Took quite a while for him to (calmly?) get close enuf to another recently-neutered male pit who wanted to play with Norman. Norman didn’t take kindly to the pit’s eager play manners. He is clearly under-socialized with other dogs. I did not sense aggression, just youthful rough behavior that has had no guidance or structure or experience. Given his high energy and drive, I am not surprised he was not doing well confined in his kennel at the Oakland shelter. I really like Norman. The right adopter is an experienced handler who is ready take on the challenge of showing this guy the ropes. The wrong adopter is a first-time dog-owner who does not have a plan to manage Norman’s rowdy/inappropriate behavior with other dogs. Adopter must be committed to taking Norman to training to help him become a well-rounded canine good citizen/ He is stunning, highly motivated to learn , and extremely active. Not for families with small children, cats, or anyone not-so-steady on their feet.

Norman is located in: San Francisco.