Share This Lab:
Video: Walking with Tucker at the shelter

Video: Hanging out with Tucker at the shelter

Video: Tucker settling in at his foster home 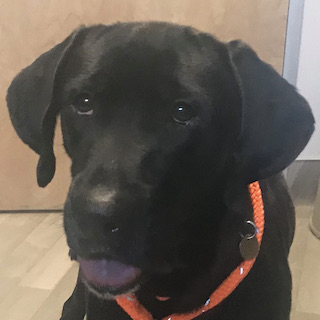 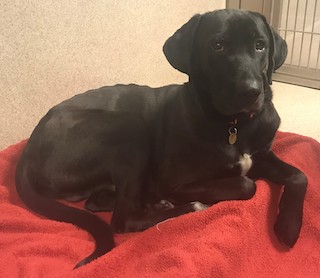 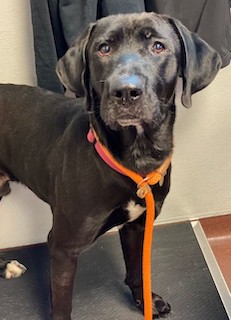 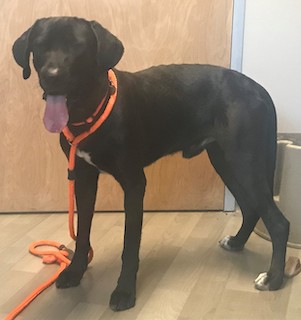 Background: Tucker was recently transferred with 80+ other dogs from a shelter in Tulsa, Oklahoma to several local rescue organizations. He and a few other dogs landed at the East Bay SPCA in Oakland. The shelter found that Tucker (then known as Silvester) was skittish with new people and novel situations, but warmed up with some time and hot dogs. During his behavior evaluation, the shelter staff saw him become more animated/interested around other dogs, though was intimidated by pushy players. He allowed all invasive necessary vet handling as well as normal handling like walking equipment. His leash skills were somewhat lacking, and he got get spooked easily when on walks. He often preferred to run back to his shelter kennel when he got frightened. The shelter staff felt he would blossom in a savvy home and they reached out for our help to find him a new home.

What Tucker’s foster says: Tucker is a wonderfully affectionate, exuberant, giant puppy of a dog. He’s desperate for positive feedback, hugs, and attention. He’s quick to flip over for a belly rub, and wants to lick your face if you snuggle up to him. He comes running when called (even though we just gave him a new name 2 days ago). And with all that, it’s no surprise Tucker doesn’t like to be left alone, at least in his few days here. He has been sleeping in his crate at night, but generally doesn’t like to sleep alone in the room, and will cry and paw. If he can sleep in my room he is fine. This can eventually be modified I think once he feels more secure. He is also pretty much house broken though he has had a #2 accident in the house. More strategically timed walks should fix that quickly, as we figure out his schedule. He’s certainly shown he knows to do his business outside. Although Tucker is a bit underweight and has not fully matured, he has a lot of strength and should be handled firmly but gently. His personality is such that he doesn’t require toughness, just firmness and consistency. He will try to jump up, nose the counter, and paw – but he’s just as quick to stop when corrected. He looks for and respects his leader. For instance, on our first walk he was a mess at the end of the leash, pulling this way and that, but I found that holding him very close and giving him some extra security right next to me, made him very easy to walk. Tucker can be a little skittish around sudden movements or reactions. Our 5-year-old son has been a little tough to adjust to – as he can suddenly appear around corners, usually at a run, and Tucker will scramble away in the other direction. But even that has improved significantly in just a few days. And despite being quite athletic, in the house he generally is lying about unless you engage him, which he very much enjoys. Overall he’s a very happy guy, and just wants to love and be loved! He’s going to be somebody’s treasured BFF.

What Tucker’s Rescue Rep says: We don’t think he is pure-bred, but he is very Labby in appearance. He’s taller and leggier than your average black Lab. Would probably be fine in a home with kids. Would be fine with another dog. No idea how he is with cats. What a wonderful dog!

Tucker is located in: Novato.