Share This Lab:
Video: Bruno romping with a dog pal 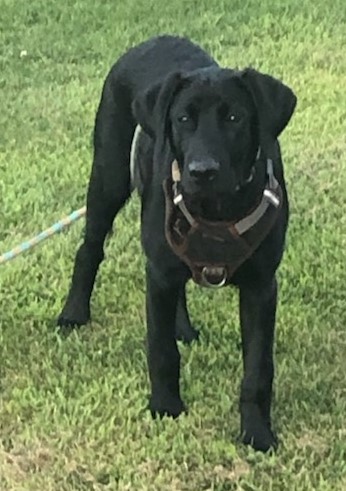 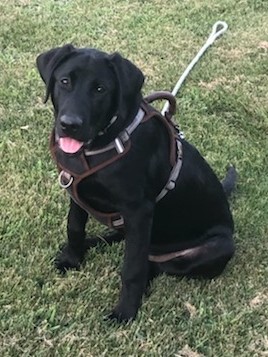 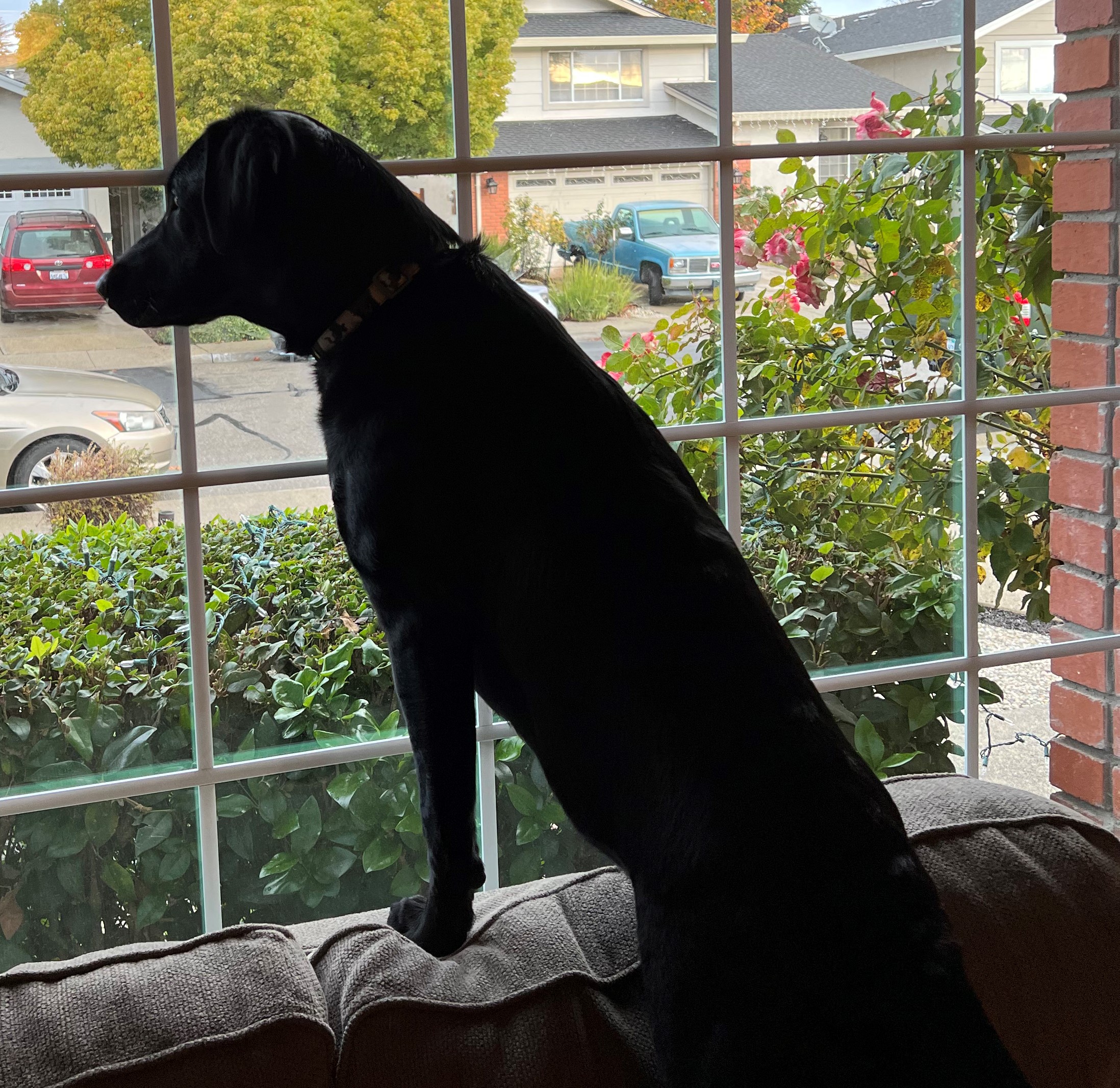 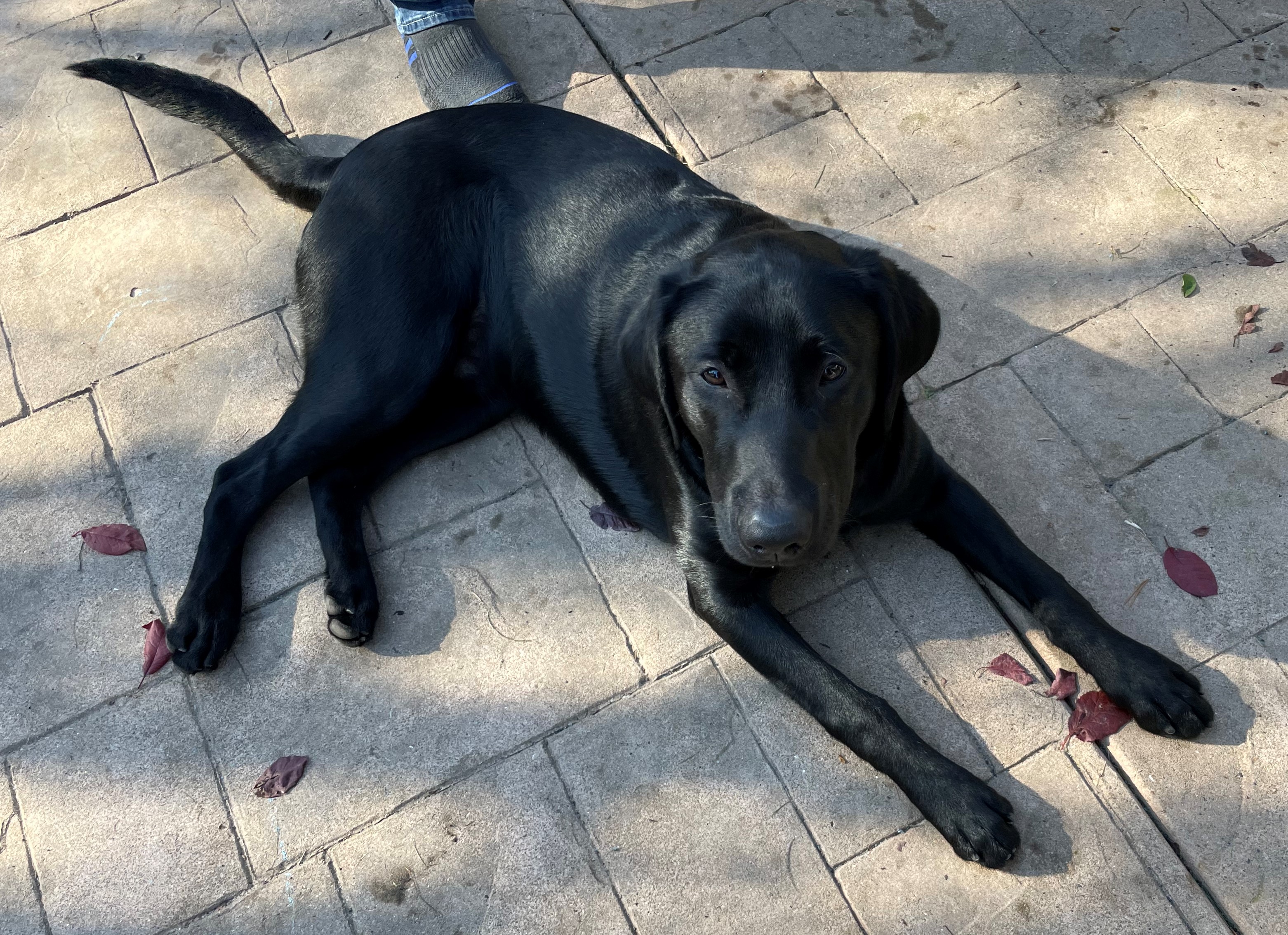 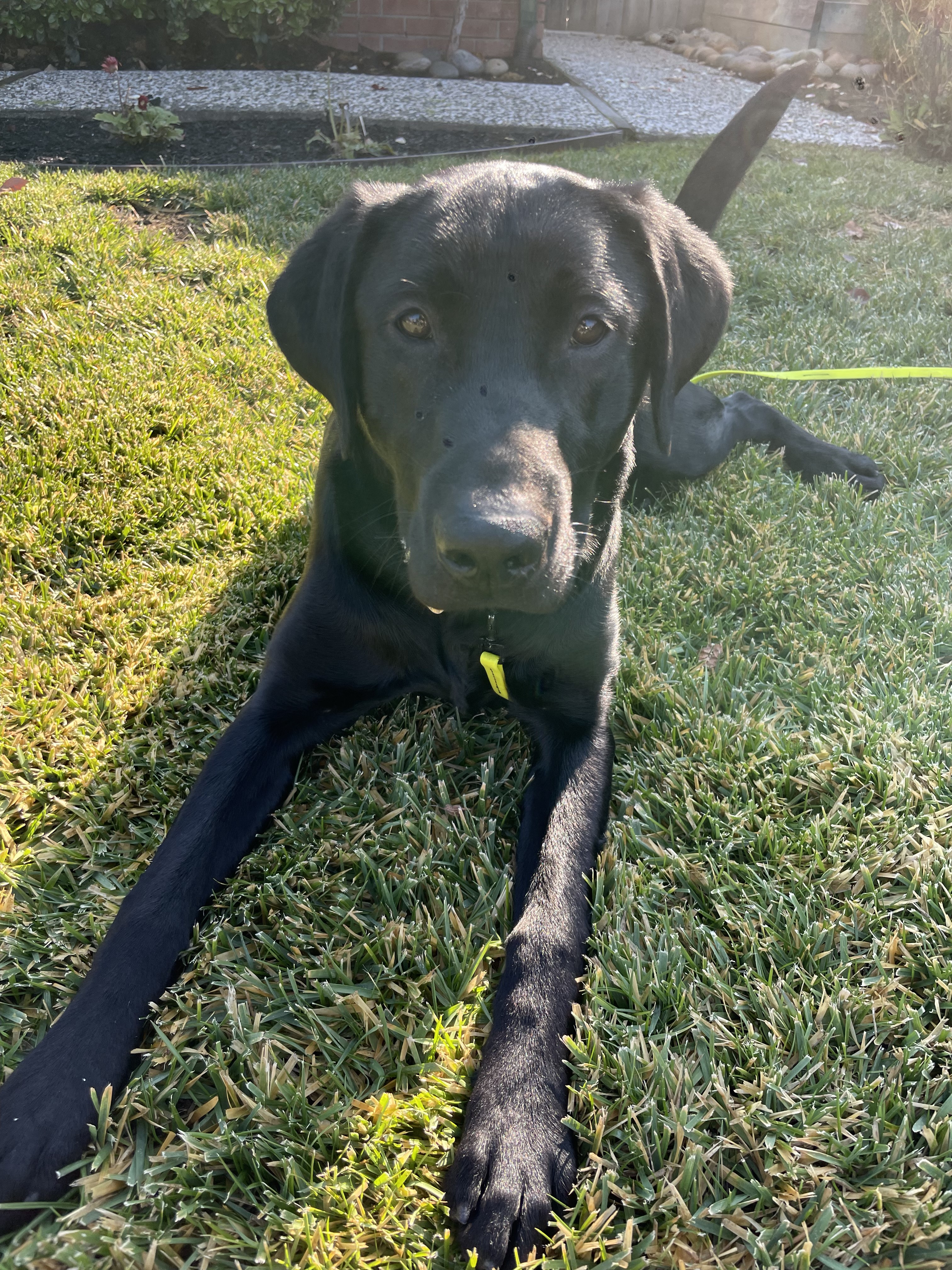 Background: Bruno’s owner has some family issues that require substantial long-distant travel… combined with long work hours for one of the family members, leaves little time to provide the proper care for Bruno. They are devastated but feel it is best that Bruno go to another home that can provide him with everything he needs.

What Bruno's Owner Says:Bruno is such a playful puppy , enjoys playing and loveable. He loves to walk, very friendly with people and other dogs. Likes car rides and walk in the shopping malls. He is only left alone 1-2 hours each day. He loves to be with his people. We’ve done some private and group training with Bruno. Bruno knows: sit, stay, down, come, drop, take it, and wait. We’ve been walking him twice each day and playing with him in the morning and evening – fetch, tug of war, and ball. He was at our sitter’s house for couple weeks when we travelled and stayed with another Lab Retriever and had great time together. We have allowed Bruno on our leather sofa. Bruno has never been exposed to a cat.

What Our Evaluator Says:Bruno was super gentle with treats; he showed zero food aggression, even when my dog Emmitt went up and sniffed his bowl and drank water next to the food. He seems very treat motivated, but wasn't super interested in his kibble (it was left in a bowl outside in their backyard, and he nibbled on it while we were there, but was far more interested in treats). Bruno and Emmitt both sat very nicely while the other dog was having a treat. I took treats away from Bruno and he was totally fine (gave me disappointed puppy eyes, but that was it, no aggression). Leash walking: Bruno responds very well to his name, but definitely needs work on a leash (he pulls quite a bit, but wasn't too erratic; I think with a better collar/leash situation and consistent work it will greatly improve). I think he'd do great as a running buddy (he's got a lot of energy, but also settles down nicely). His current owners said he loves to fetch too. His teeth are beautiful puppy teeth. He is a little floppy when he lays down (he lays down and rolls over in basically one motion. Bruno is a very sweet and also very submissive dog. He is not yet neutered which is probably a good thing, as he could probably continue to benefit from the hormones for a bit longer (although I'm sure he will also calm down even more once he is). In one swift motion he will jump (softly) and try and grab your hand with his paws, nuzzle your hand, and then sits down and rolls over. He was very submissive with my older (and gentle) male dog, my husband, and I. We didn't have him interact with kids, but given how sweet and submissive he is, I don't think being around kids would be an issue. Bruno didn't show any reaction when I touched him all over (he loved belly rubs), was fine with his paws, ears and tail all being held/touched. Bruno seems to do well sleeping on a bed (no crate) at night in the family's living room, and doesn't seem to have destructive tendencies. He was an alert barker (barked when we rang the doorbell, but had stopped before they opened the door, and barked again when we were leaving, he seemed bummed his friends were leaving. Bruno is a super sweet puppy. While he is definitely still a puppy (and has the energy to prove it), he has an incredibly sweet demeanor, has some basics with training (and will certainly benefit from more training as well), but he doesn't show any aggression, knows basic commands, can regulate a bit even with another dog around, is super gentle with food, walks reasonably on leash (but could use more work here). With a good amount of exercise, and some continued obedience training he will really be an outstanding dog/companion. Bruno could benefit from additional training (and he will learn as he’s very motivated) and would probably really benefit from a big yard and another young big dog to play with. He needs a lot of time to get all his energy out.

What Bruno's Foster Says: Bruno is pure lab -- he loves food, walks, people, dogs, toys and lots of attention. Bruno wakes up around 5:30, but stays quiet if needed until 6:30-7. Sometimes he barks at strange noises in the night. It appears he is used to sleeping on people beds, the couch and his dog bed. He will swap around at night. Bruno loves to go on walks. He is getting better on the leash, but doesn’t necessarily know leash commands. When he sees people, bikers, or other dogs he sits or lays down and patiently waits to greet them. He’s very friendly and submissive. During the day he’s busy. He thinks all socks, stuffed animals, pillows, etc are toys for him to chew. He’s constantly wondering the house for items he can run around with or chew. For this reason when he’s not being watched, he is crated. He can’t be trusted. He’s very motivated by food and is very gentle if hand fed. He loves people and is very good with kids. He’s also very good and quiet in the car. He also loves to play tug of war and fetch anything, especially soccer balls. He also has a very good nose! Usually around 7:30 PM he mellows and starts to become more chill and trustworthy.

What Bruno's Rescue Rep Says: I want to adopt Bruno! What a great dog. Will need an adopter that can match his high energy needs with exercise and structure. Bruno will want to take over and run the show, so his adopter will need to set rules and boundaries. Would be fine with dog-savvy kids. Looking for an adopter that will not leave Bruno home alone for extended periods of time. Adopter needs to have an ample supply of soccer balls too.

Medical: In great health. Current on vaccinations. Taking flea/tick/heartworm preventive. Headed to our vet this week for pre-neuter wellness exam. Not yet microchipped.