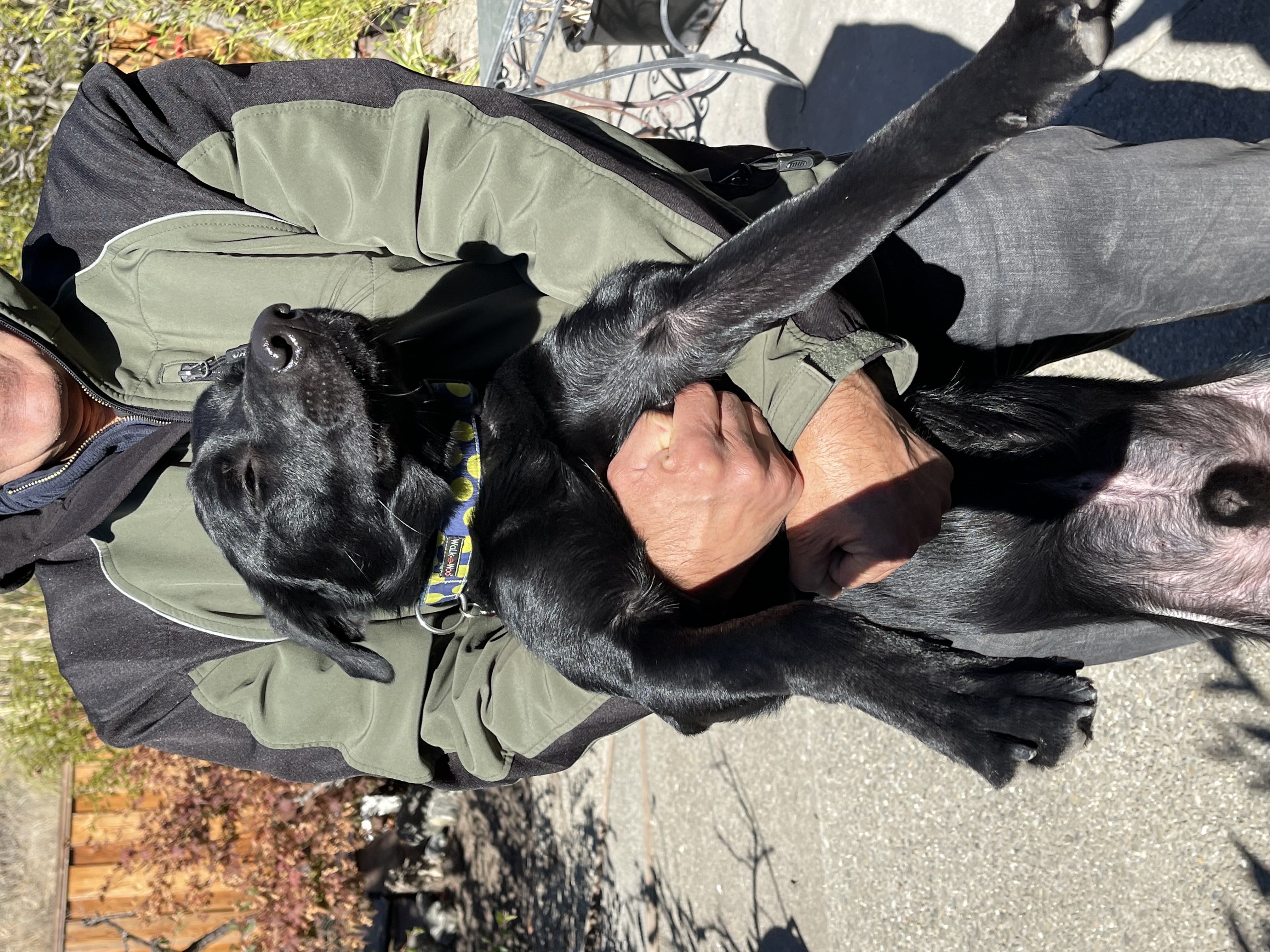 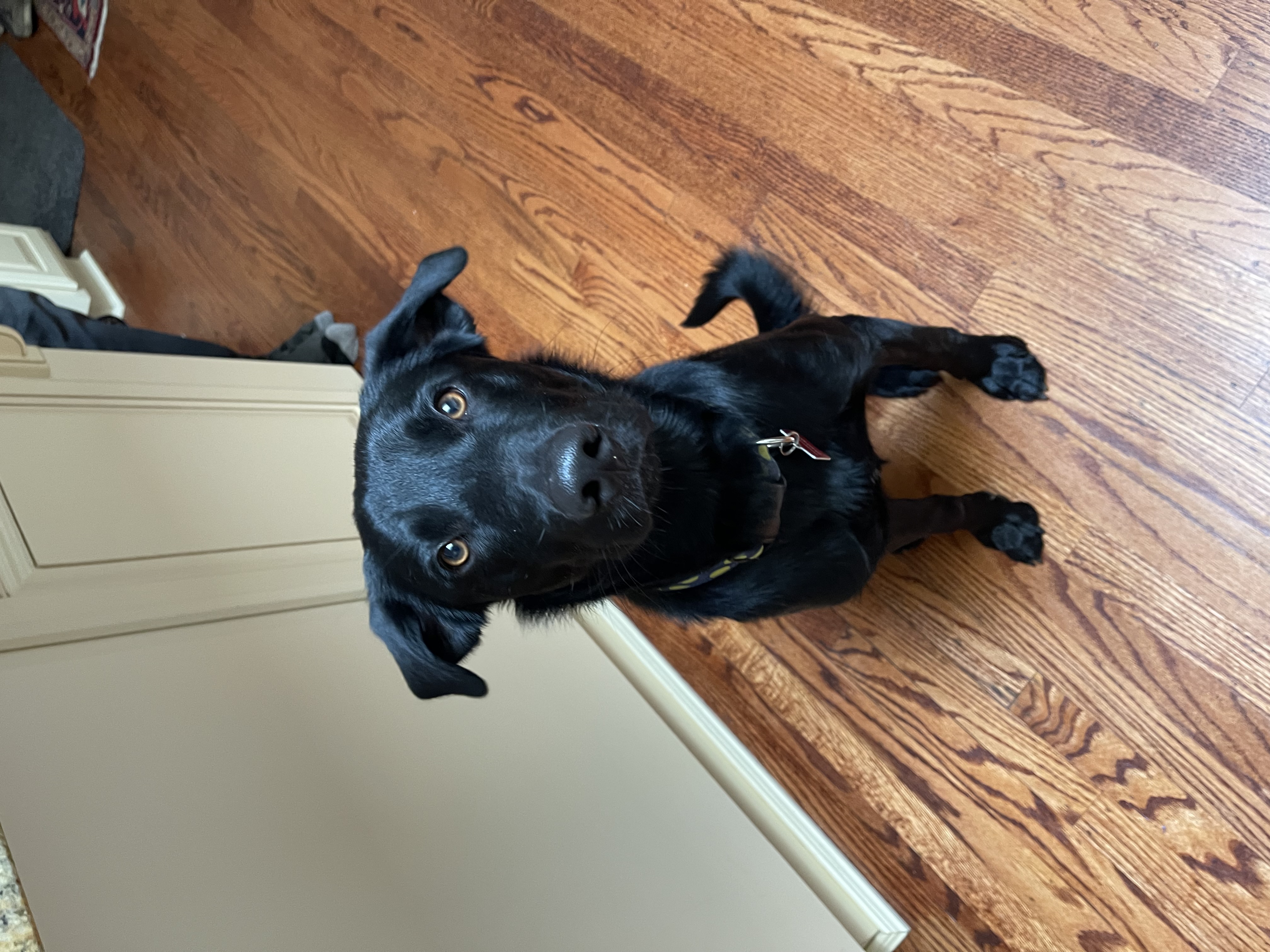 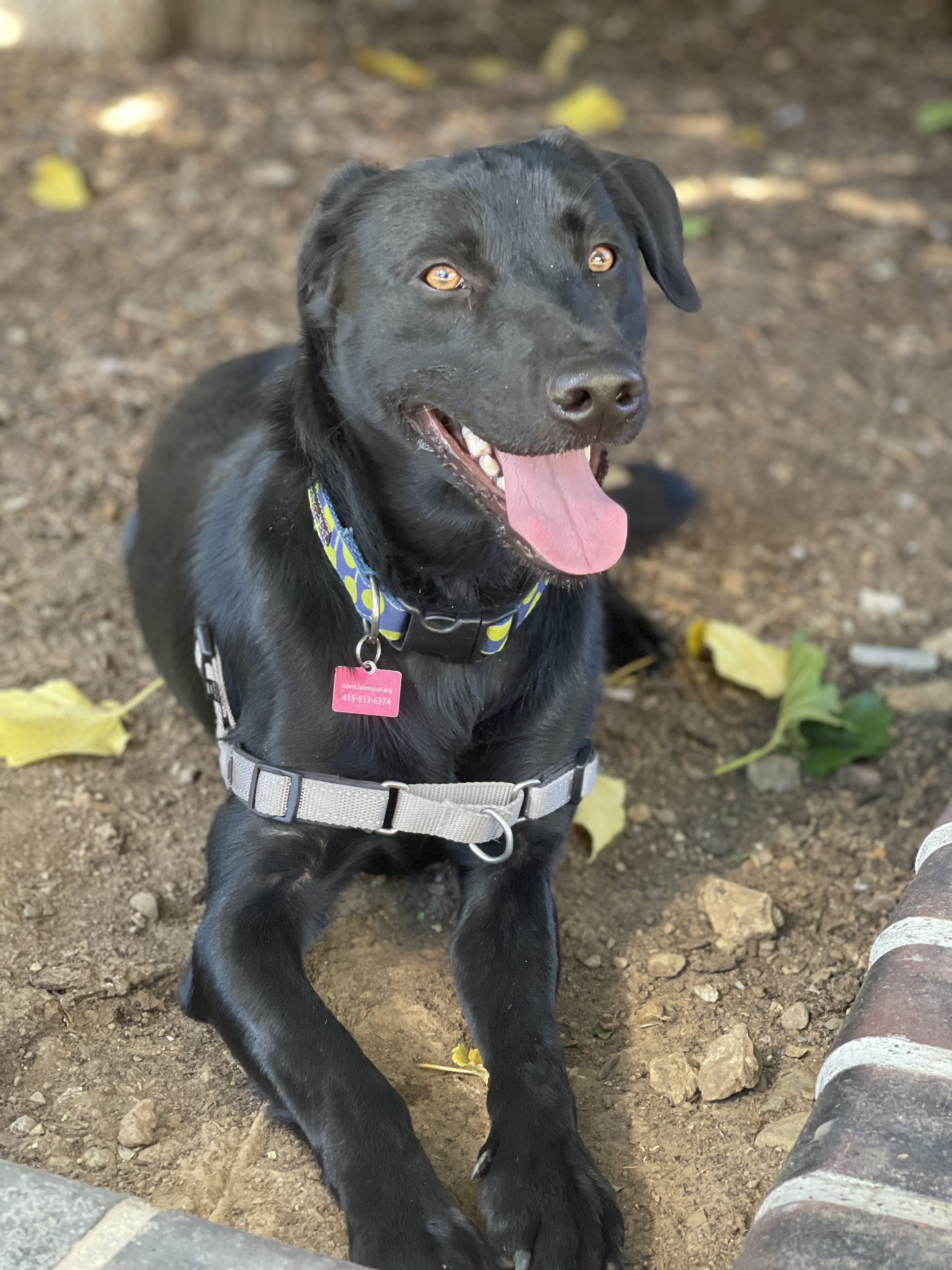 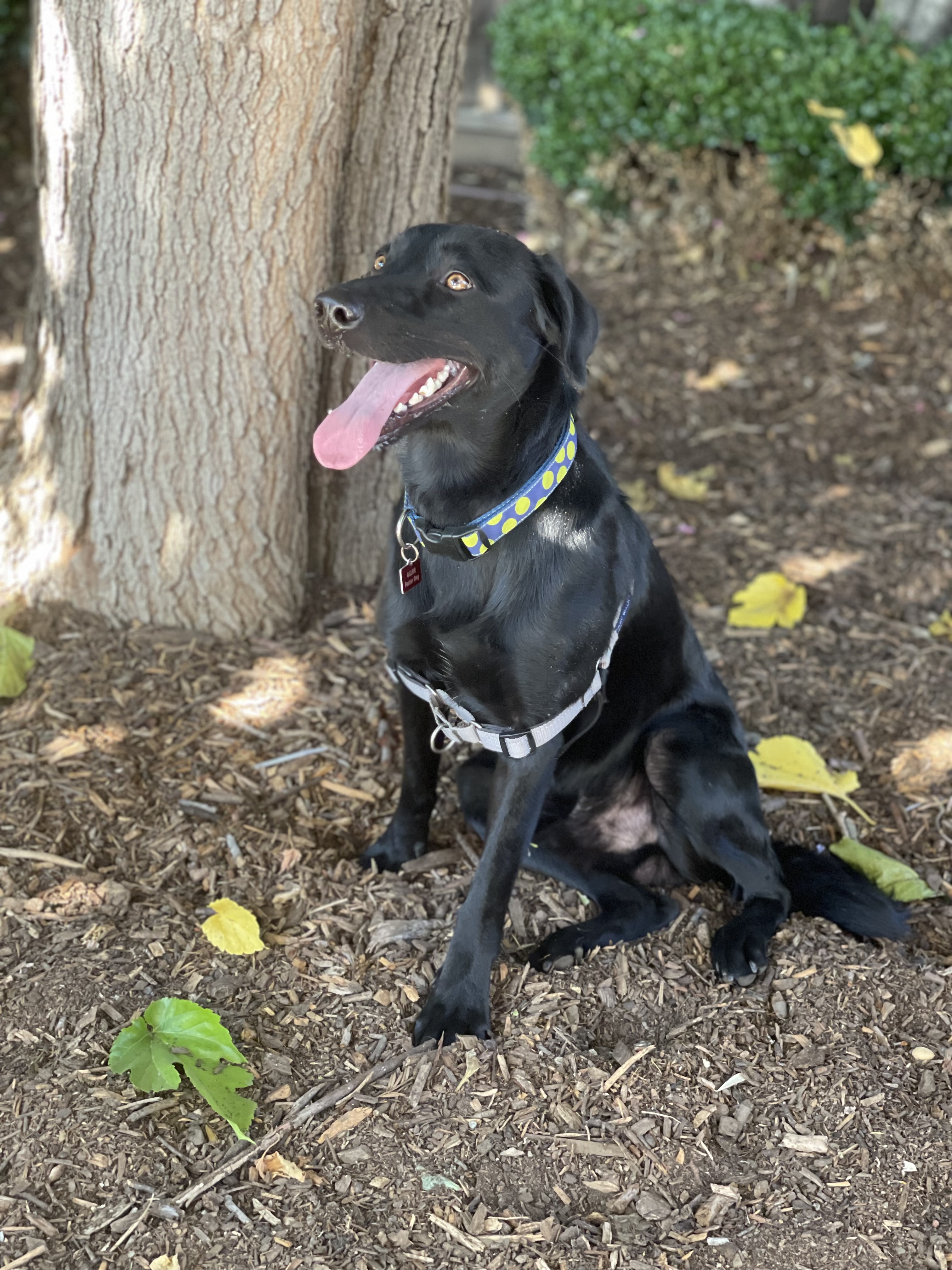 
Background: This pup was found as a stray and pulled out of the Los Banos shelter. This shelter has a 5-day stray hold followed by an additional 5-day “up-for-adoption” period… and then becomes a candidate for euthanasia. 10 total days – that’s it. Thanks to all who stepped up on his final day enabling us to bring him into the program and in with a GGLRR foster.

What Joey's Foster Says:Joey is still jumping on folks a lot, it will take a bit of time to resolve. He is trying to hump people, I hope the neuter will help with that. His jumping escalates when he's excited or happy, but settles down relatively quickly when I get him into a sit and slowly talk to him and tell him he's a good dog. Telling him he's a good dog is turning out to be a great positive reinforcement tool.

Joey is not a barker. Tonight when trick or treaters came by, he noticed but did not growl or bark. He's young and sensitive, tries to find a hiding place when he thinks he's done something wrong. He flinches sometimes at new things or motions. I think he got yelled at a lot. He is rambunctious as heck, distractable, bouncing off the walls sometimes, I think he's quite young. He's also a bit of an escape artist, he's quick to jump out of the car and dash out the front door if there's an opportunity. So we're working on that as well. He's starting to understand "stay put, I'll be back".

The jumping onto the bed/ couch/ chair behavior is fading gradually, yay.

He brings me his toys when he wants to play (so sweet) and reminds me when it's time for his walk. He loves meeting people. I introduced him to my mailman today- while he was a bit hesitant, he didn't get anxious or upset at all, I wanted him to greet someone in a uniform. We went to Petsmart today, he didn't pee or attempt to pee at all, he was just curious about everything.

His appetite is pretty good, is eating well. I think he needs another couple of pounds on him. I give him Omega 3 oil in his food to help his flaky skin, bathed him while he was nervous but compliant. Joey is a sweet, earnest, lovable dog with a couple of behaviors to change.

What Joey's Rescue Rep Says: Joey is between puppyhood and a teenager. He appears to be a Lab mix, not sure what the mix is, but he's on the smaller side, and I don't think he's going to get much bigger as his paws appear to be in proportion with the rest of his body. He does jump on you when excited and when first meeting people, he wants to put his paws upon you. He welcomes pets and tummy rubs. He also loves to explore and discover. I've had in my car a few times, and the first two times, he did well in a soft crate in the back but this last time, he managed to get himself out of the crate and wanted to sit in the front seat. Once I blocked him from that, he laid quietly on the backseat, standing on the middle console on occasion looking at the road ahead. I introduced him to my three dogs, and he did well. He was very eager to get them to chase him which one did, and Joey loved it. Joey would likely do well with another dog, but no cats and no other small pets e.g. birds, chickens, guinea pigs... Joey has a high prey drive with the squirrels in his foster's backyard. This youngster is not for a first-time dog owner. He'd do best with older children as he jumps up and can get mouthy when excited. He will require a home where people are around most of the time, and one that will commit to training.

Medical: Joey is up-to-date on core vaccines, heartworm tested, and microchipped. He is scheduled to be neutered in November.