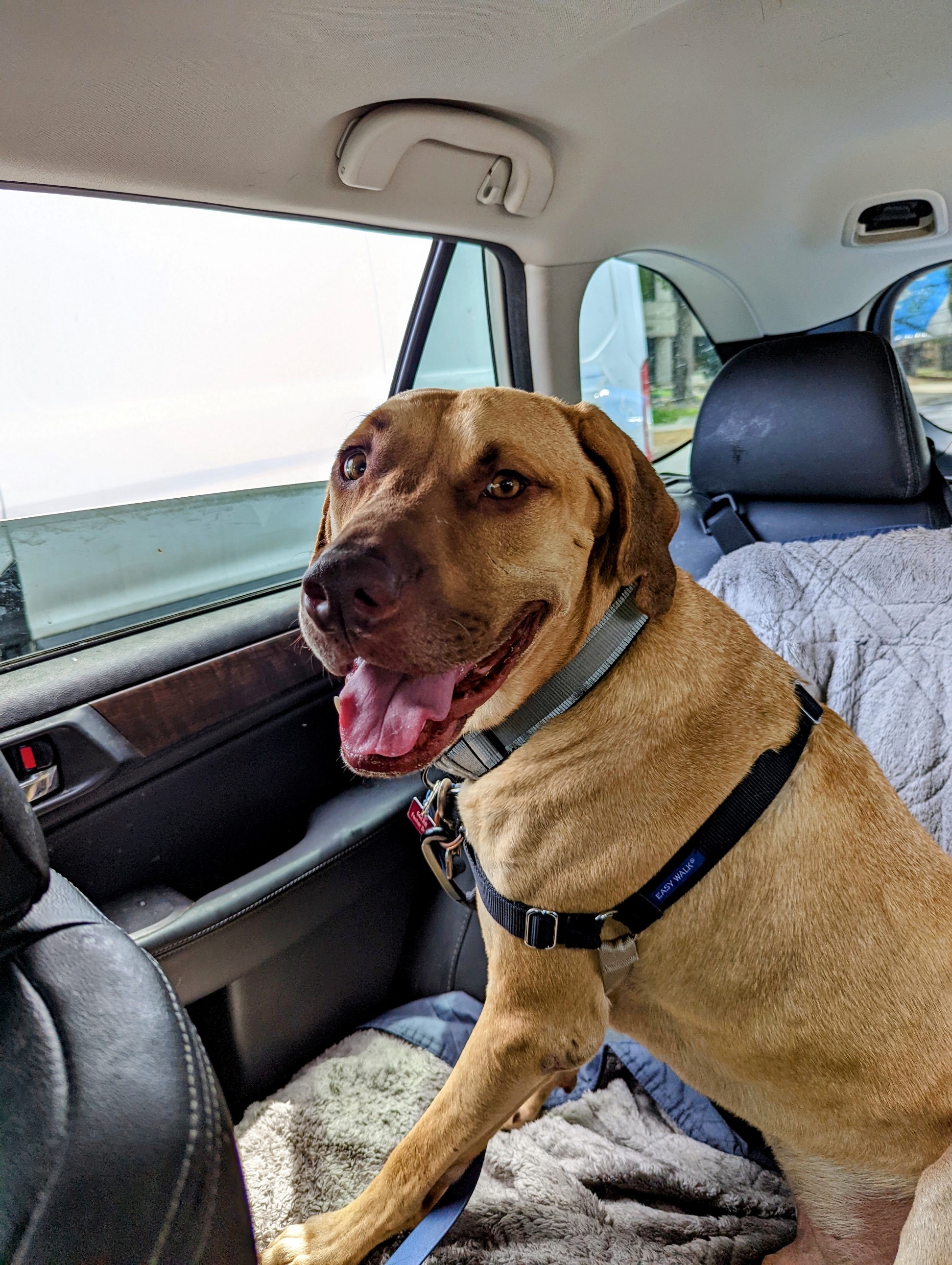 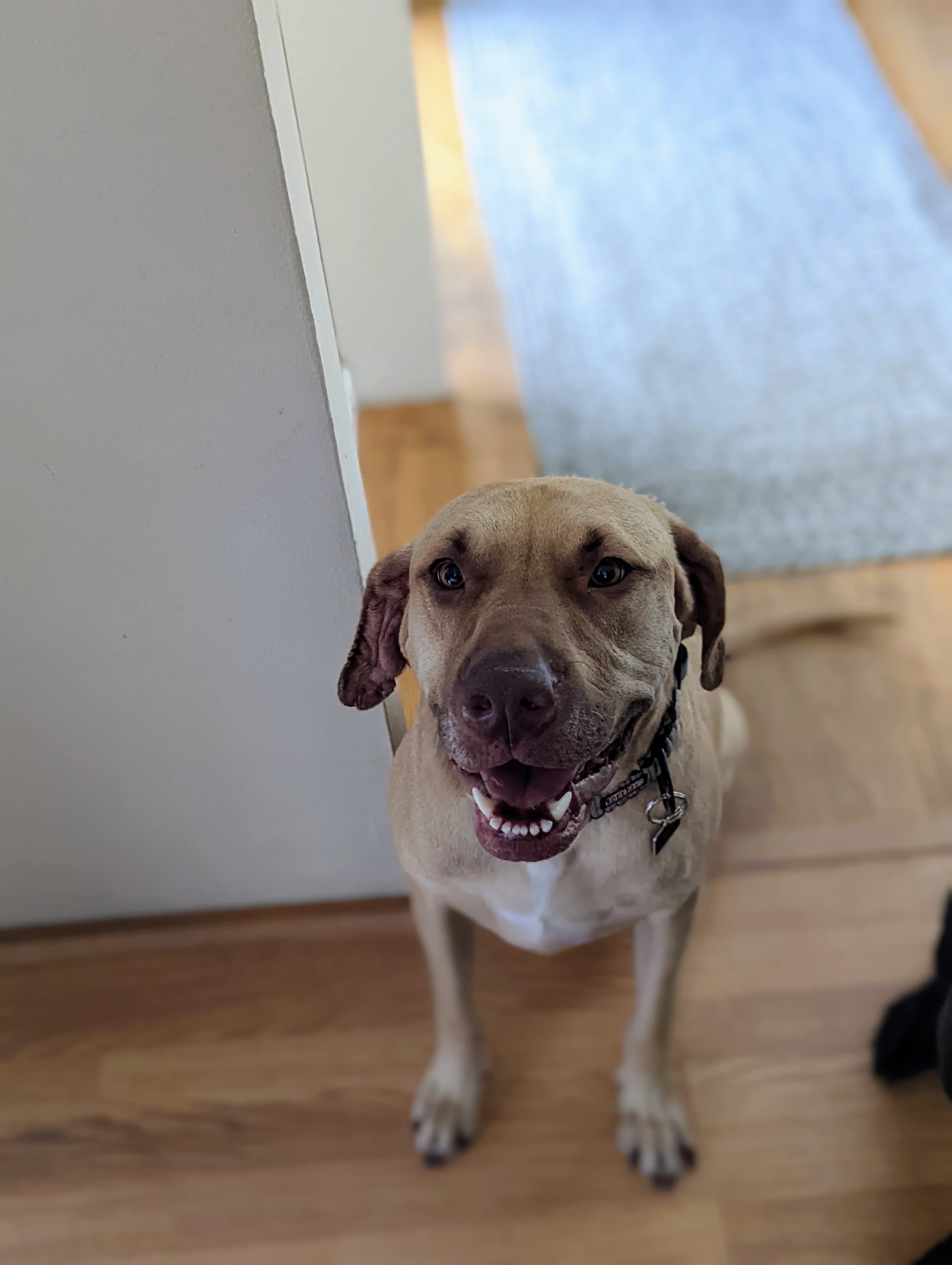 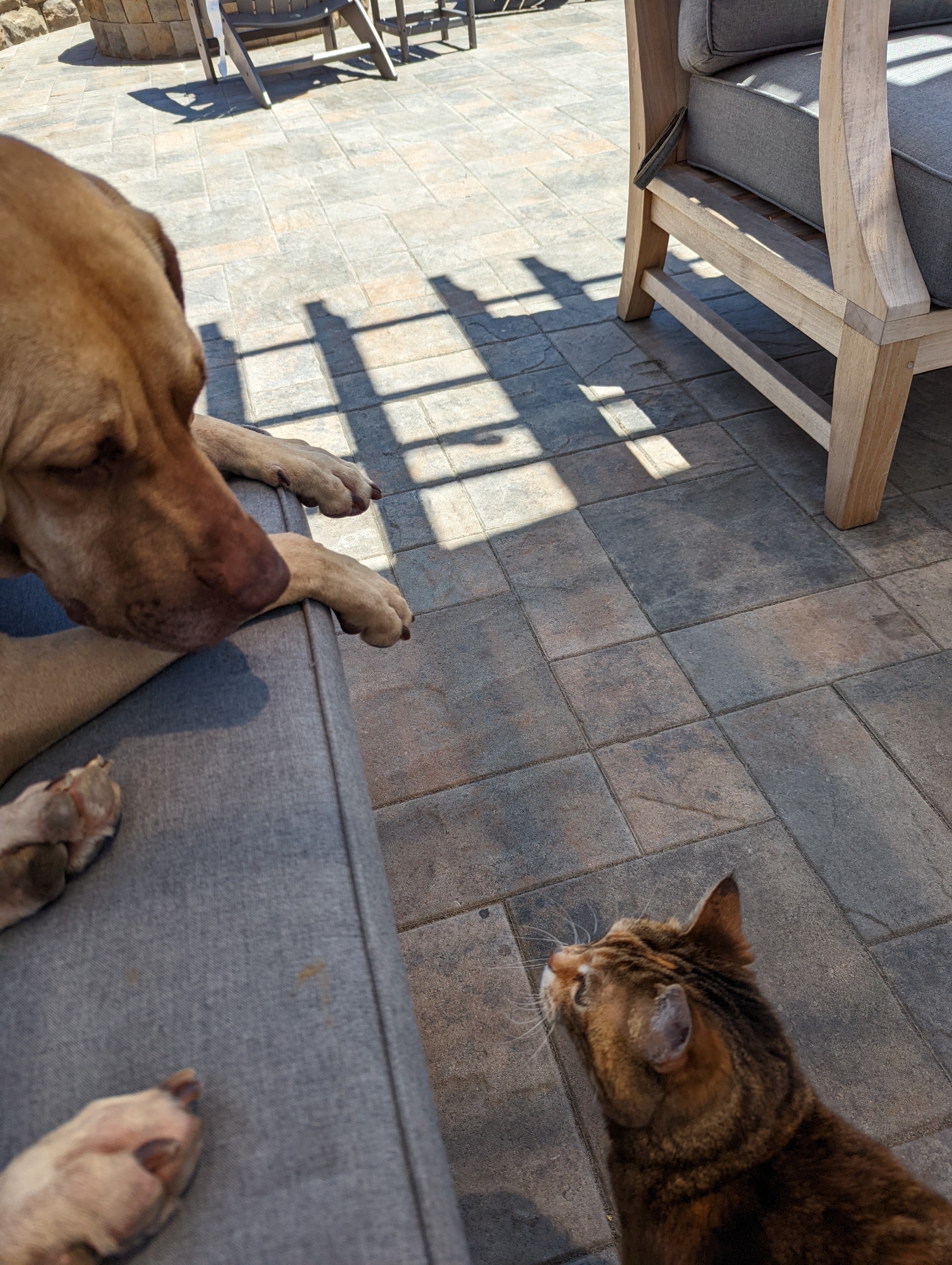 
Background:We were contacted by a shelter in the South Bay about Moose, one big friendly guy! He was picked up as a stray and clearly belonged to someone as he quickly acclimated to being in the homes of a few fosters. He's been moved around a bit, through no fault of his own. He was with his first foster for about a week; that foster wanted to take in another dog that was scheduled for euthanasia so we found another foster for Moose. From foster one, he went to a temporary foster for a night before heading to his current foster home where he's been since early June. His current foster was thinking of adopting him but feels he needs more attention than they can provide.

What Moose's Owner Says:Moose is a loving and lovable guy. He has a lot of energy and does very well when walked at least twice a day. He jumps up when excited to go on his walks but will calm down once he has his harness on and you are headed down the street. He does very well with other dogs~is happy to do a little meet & greet and keep moving. We have been trying to train him to keep from pulling and he does better with his main walker (my oldest daughter) and not so great with the rest of us. Once he picks his person, he is very attached. He does very well while she is gone during the day and wants a good bit of attention when she gets home. He LOVES to be on the couch and a favorite chair and curls up in the tiniest ball to make it seem he is not there : ) He is not a big fan of water from the hose and so we have not bathed him (also due to ear issues per the vet) and yet with some frequent exposures I am sure he will be fine. He likes the beach but not the waves. Doesn’t chase anything~we have chickens roaming the yard, a cat, and squirrels galore. He doesn’t pay any of them any mind at all. At first, he wanted to get into the trash but after being scolded twice he no longer does this. He is a people pleaser at heart, a giant beast of love. We have loved our time with him but we have such busy awkward schedules that we want him with someone who can spend more time and do a bit more one-on-one training to improve his walking behavior. A perfect gentleman. He does very well with my 8 year old…once he has attached to his person, he is very excitable around them at coming and going times (jumping up on them) but the other 99% of the time he is very chill and just the sweetest boy. We will miss him~

What Moose's Rescue Rep Says: Upon first meeting Moose at the shelter, he had a tendency to jump on you to say hello. However, once he went into a home, that lessened with a firm voice correction "OFF" He did great meeting other dogs at the shelter. He does well with cats (he's been around them in all three foster homes) and other dogs. He doesn't like to be left alone so a home where you don't mind a shadow would be ideal. His first foster worked from home where Moose would just lie down in the office while his foster was on the computer. Moose is a sweet, loving, and sociable young dog. He needs work with pulling on the leash.

Medical: Moose is being treated for some stubborn ear infections and recently started a compounded ear medication that seems to be working. He will likely require daily ear drops. He is up to date with Rabies and DHPP, microchipped, and heartworm negative.