Share This Lab:
Video: Nico and his little brother playing

Video: Hanging out with Nico 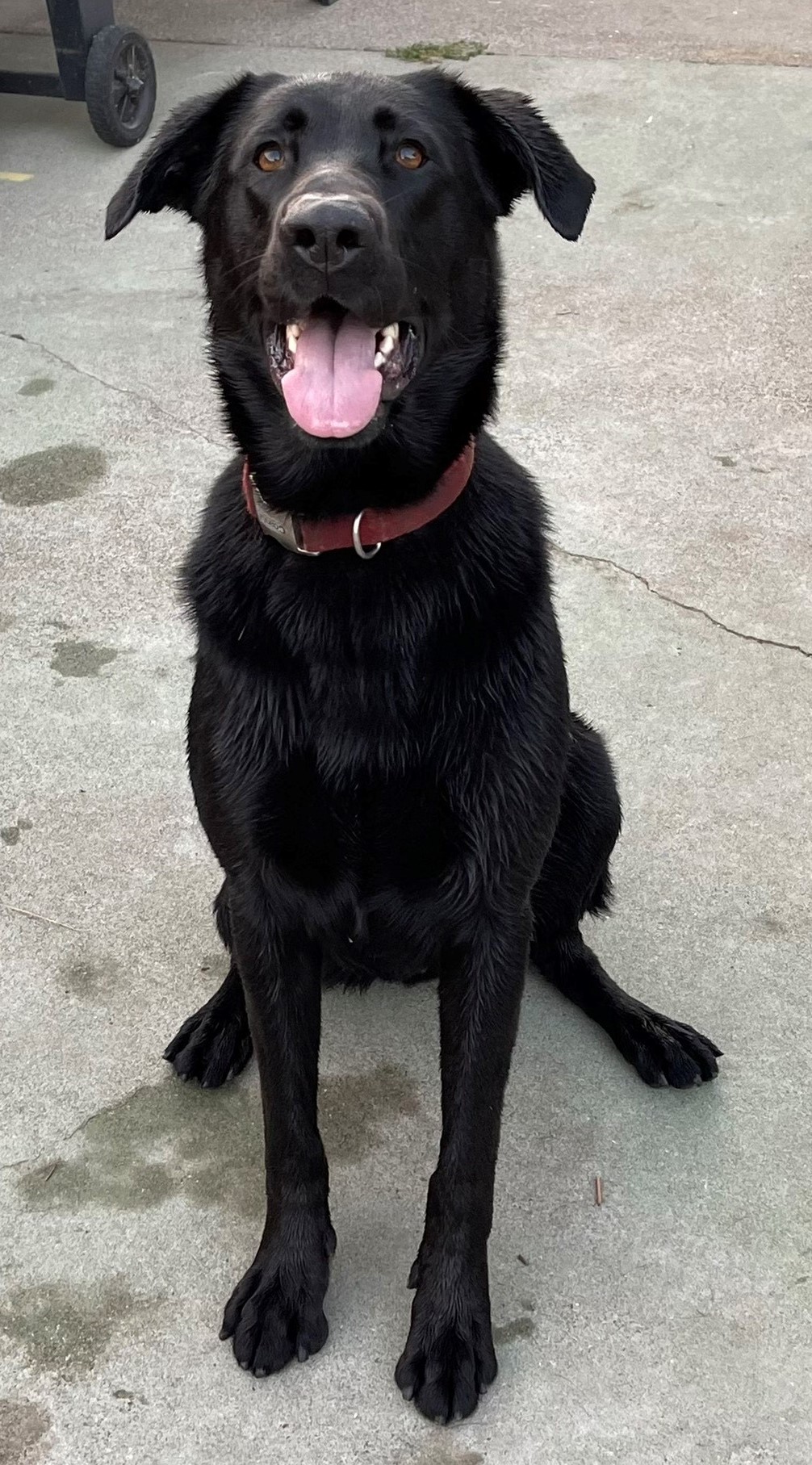 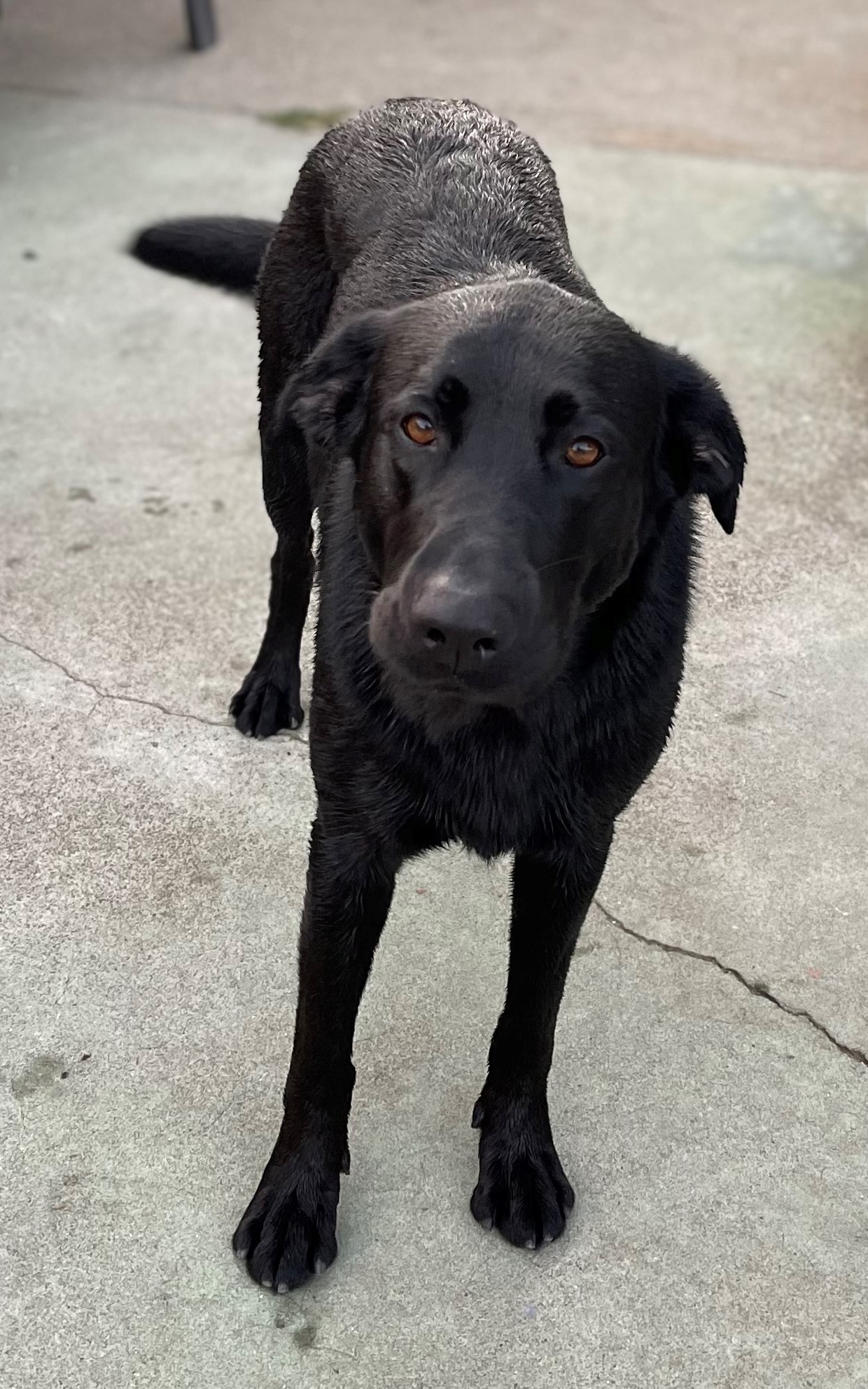 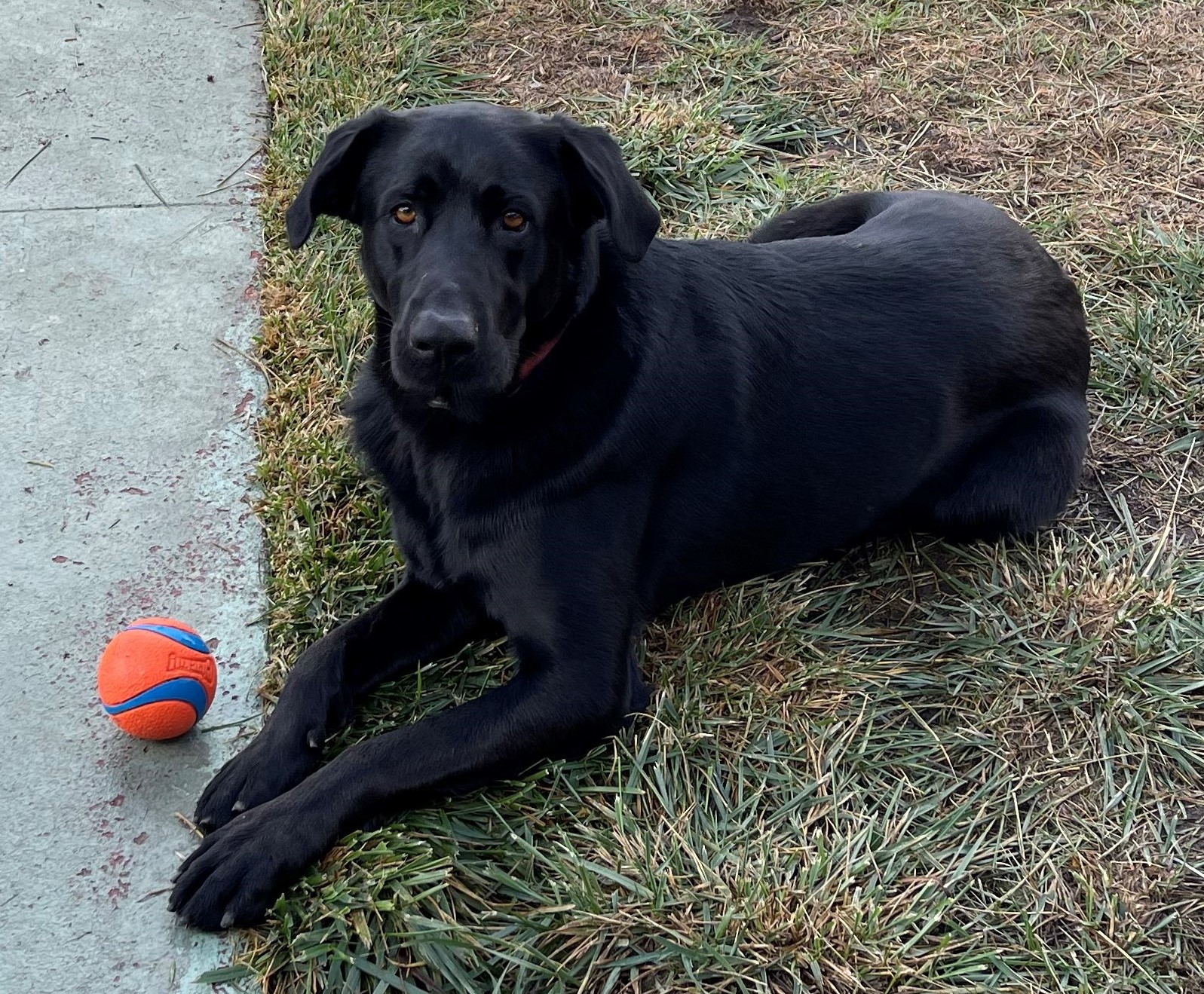 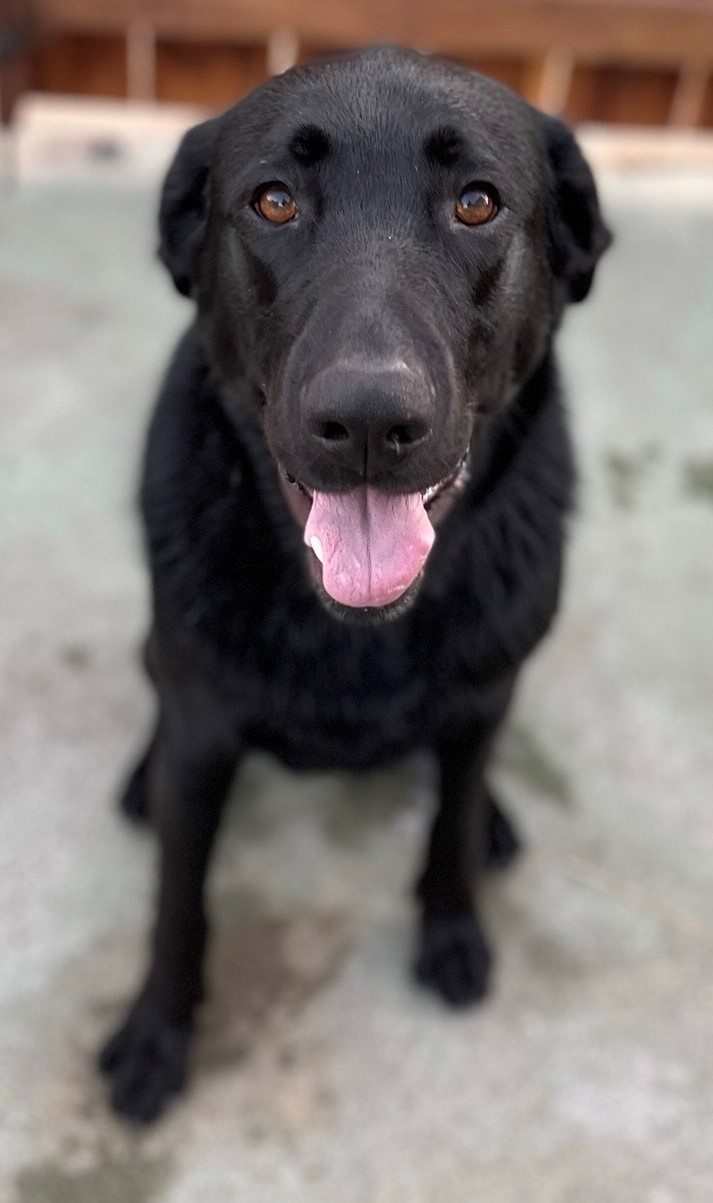 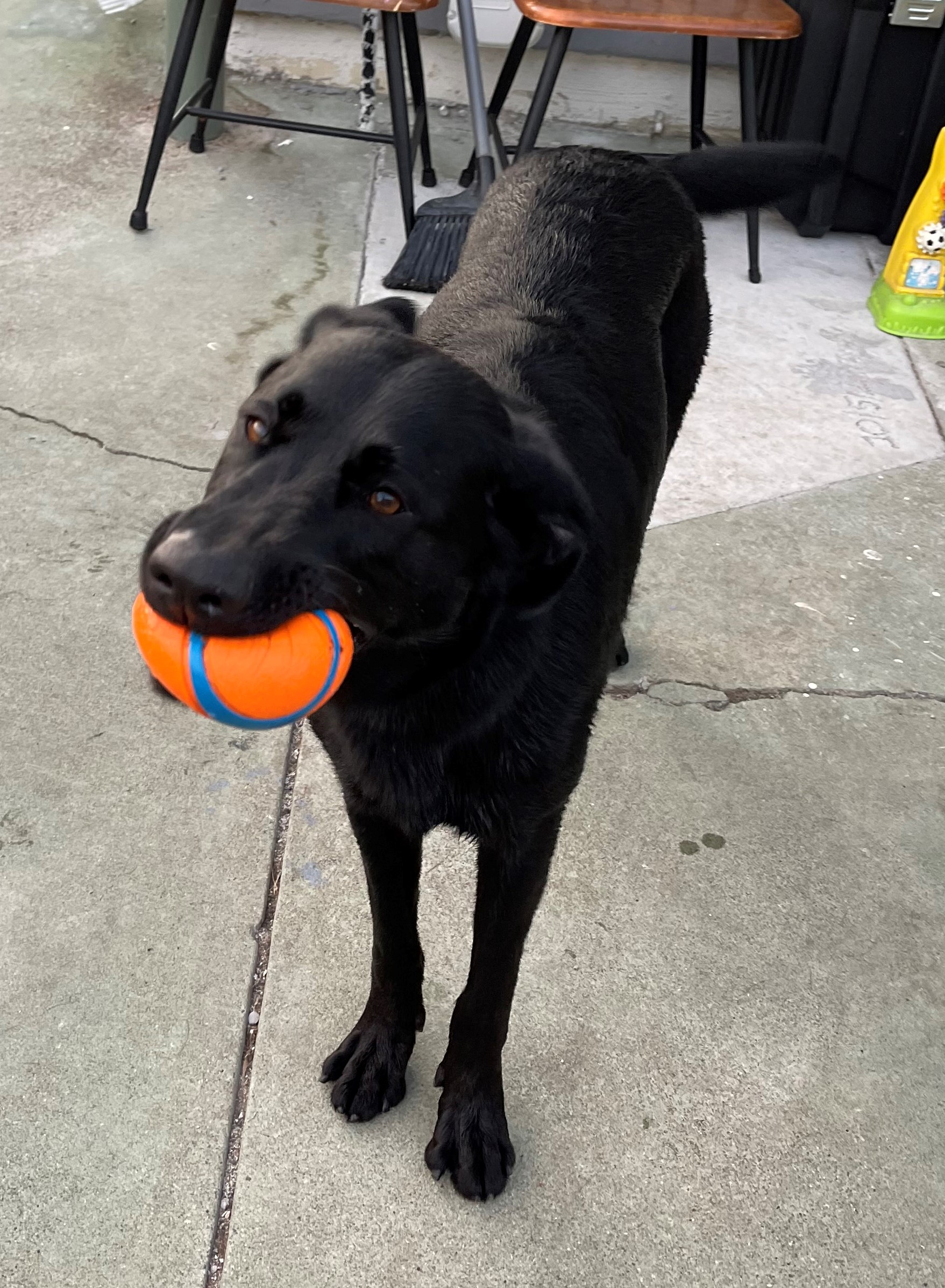 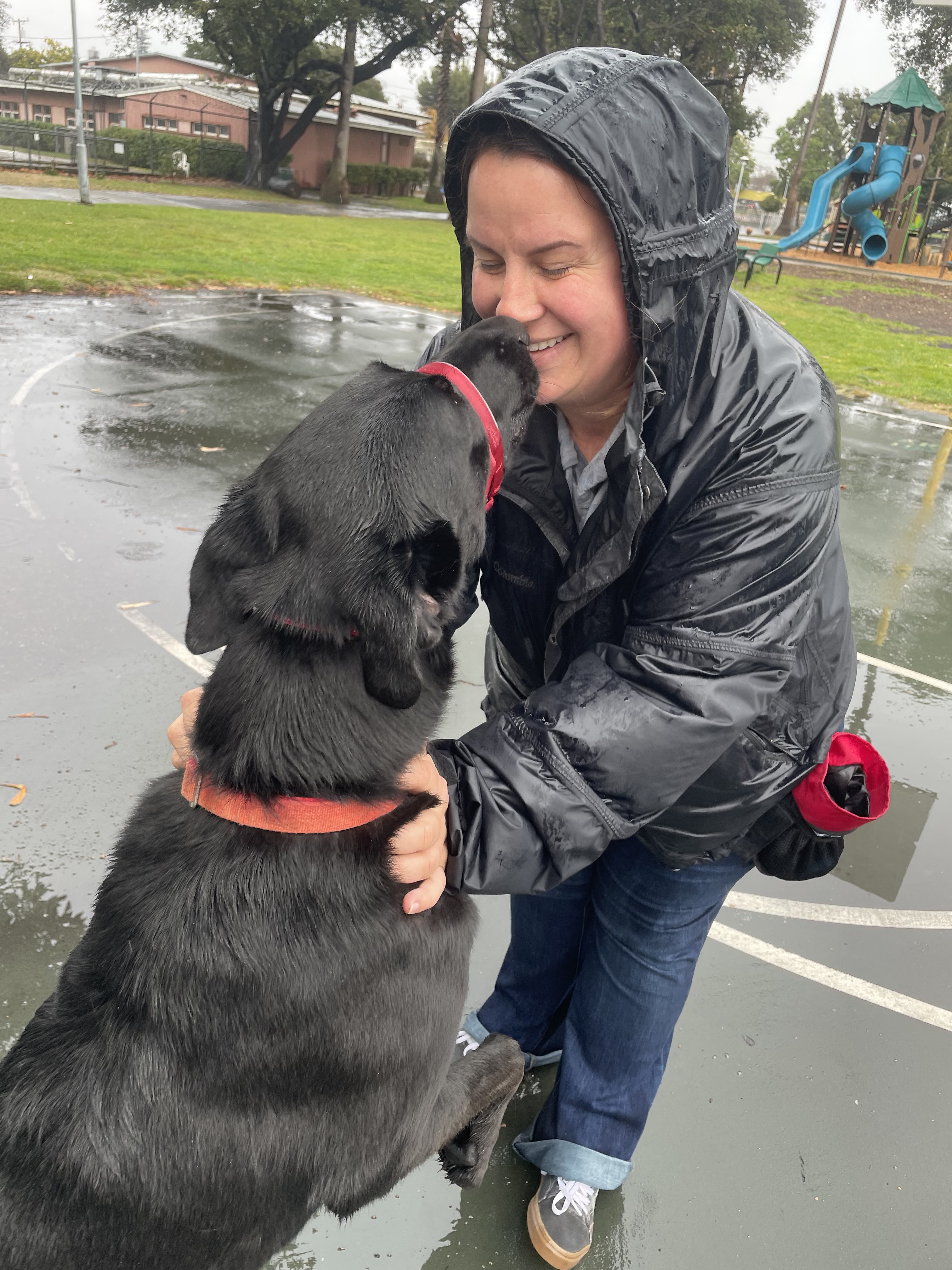 
Background: While this wonderful family has had Nico since he was a puppy, their toddler has developed a dog dander allergy that triggers coughing fits and respiratory issues. Rather than medicate their son through this issue, they felt it best to find Nico a new forever home. Nico’s owner has placed him in a board-and-train program for dog/human socialization work.

What Nico's Owner Says: We’ve had Nico since he was a puppy. We got him from a litter of puppies that my sister’s dog had. He’s lived with kids and another dog (our female pit bull). Nico is very sweet ot everyone that comes into our home. He is very tolerant of our baby. LOVES to fetch. He really want to be training and learn but we just haven’t had enough time for that. Nico is house-trained and crate-trained – he is rarely in the crate but doesn’t mind being in there. Nico is outside in our yard during the day and then he comes into the house at night. Nico knows “sit”, “down”, “come”, “fetch”, “drop”, and “off”. We play fetch in the yard, but he’d welcome more exercise. Nico does pull on leash when being walked, and is reactive towards other dogs he does not know – this requires some rehabilitation so we are sending Nico to a board-and-train program to improve his dog-on-dog skills. No idea how Nico is with cats.

What Our Evaluator Says: At first Nico is a bit reactive to people. When I first arrived at the park he barked at me. Not a threatening bark. There was no lunging. He seemed fearful. I gave him plenty of space and turned to the side. It only took him a few minutes for him trust me and he approached me and starting licking my outstretched hand. When he saw a young man in the park, he barked at him too. When he saw another dog being walked on leash he barked but it was easy for his owner to distract him and change his focus. His owner has recently starting using a “gentle leader “ to help with his pulling on leash. He is still getting used to it and like most dogs, does not like it. He pulls on leash but once walked for a little while he pulls less. The owner reports she does not walk him very much due to his reactivity. She mostly takes him off leash and plays fetch with him, which he loves! Nico is a sweet dog. He needs much more exercise than he is currently getting. His reactivity is only on leash and the owner reports he plays well with other dogs off leash. He will need someone to go slow with him and introduce new people and places slowly to him. He definitely could use some training on leash. He gets along with kids, but little kids might be a challenger given his size. He currently lives with another dog and they get along great.

What Nico's Trainer Says: Nico is a really excitable dog who can frustrate easily. That was the basis of his reactivity. He is no longer exhibiting reactivity and doesn’t need much management in that regard. He does need both mental and physical stimulation regularly, as well as continued exposure to new places and situations. Nico has not met a lot of people or dogs. Though he is comfortable with them, greetings must go slowly and should ultimately be focused on Nico being neutral. He will not be a dog park dog though he would enjoy some trusted friends. He is a big dog and his impulsivity could bring challenges without keeping rules in place. He is a willing participant who loves food and responds to corrections, so as long as training is maintained, I do not anticipate a return to some of his former behaviors.

What Nico's Rescue Rep Says: He needs to go to a home that is prepared to continue his rehabilitation and training. Presence of another calm adult dog in the home might be a plus. No kids please. His foster will be provided a few pro-bono lessons with the trainer. Initial observations by the trainer is that Nico is over-stimulated and has had a lack of rules and structure in his previous home.